Life is Worth Living After ACUTE 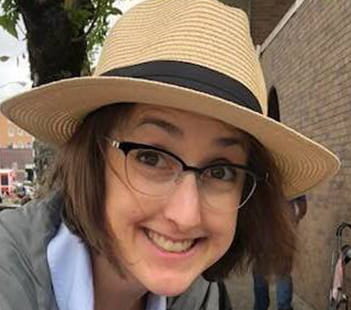 I have struggled with anorexia ever since I was 12 years old. I was hospitalized at the age of 13 in Australia after we had moved there from California. After that initial hospitalization, I did outpatient therapy. I was at a healthy weight, but continued to have thoughts about my eating disorder and show eating disorder behaviors. I moved back to the United States at the age of 20.

Years later, in 2005, I dropped out of college and went to two eating disorder clinics – Sierra Tucson in Tucson, Arizona for a dual diagnosis program, followed by the Victorian in Newport Beach, California for a total of four and a half months.

I went on to finish my bachelors degree and moved to San Francisco to attend law school. Throughout law school, my weight went down, but not to a red flag level, and I was drinking.

I then moved to Visalia, California for a job and my drinking escalated. I went to a detox hospital, then spent 30 days at Duffy's in Napa Valley. 10 days after getting out of Duffy's I relapsed and went to BRC in Michigan. I then moved to Astoria, Oregon and completed another outpatient program there.

After two years, my weight remained low but it wasn't until I moved to Portland that it plummeted and things started to go really wrong. Despite eating what I felt were an adequate amount of calories, my weight continued to drop. I was hyper-metabolic, and my electrolytes and many other things were out of control.

That's when my dietitian, Gretchen Newmark, and my therapist, Kirsten McAteer, referred me to the ACUTE Center for Eating Disorders at Denver Health. I had no idea a place like ACUTE existed. It was a godsend. The doctors were amazing, thorough and attentive. The certified nursing assistants and nurses were amazing. The social workers were awesome, and they worked with my insurance. My dad was in tears of joy when he came to visit, finally knowing I was getting the help I needed.

After completing my stay at ACUTE, I returned to Portland and went to Providence, a partial hospital outpatient program. It would have been a whole different story if I hadn't had ACUTE under my belt. Since leaving Providence last June, my weight has been stable and healthy, and the eating disorder thoughts and behaviors are becoming less and less obtrusive. I just graduated to seeing Kirsten and Gretchen every other week. I also just finished my second to last term of graduate school without relapsing. I've been working part time in a paid internship, and am starting to interview for real jobs. I even started dating, which is a huge step.

My relationship with my family is completely different and a million times better than before coming to ACUTE. I can't say enough about how grateful I am to have had the opportunity to go to ACUTE. It not only saved my life, but gave me a life worth living.