Ways to Give
TOP
Home Can Buprenorphine Help 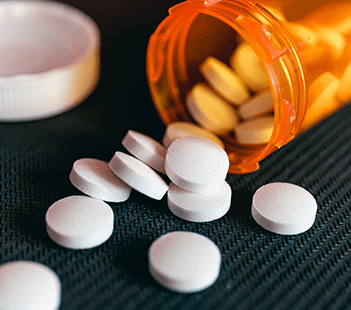 As a practicing hospitalist in a safety net hospital, I am on the front lines battling the opioid epidemic. In the past five years, I have seen an increase in the number of hospitalized patients with heroin-related medical complications, including abscesses, cellulitis, infective endocarditis and overdose events. My personal experiences reflect national statistics, which reveal a 64% increase in opioid-related emergency department visit and a 100% increase in opioid-related inpatient stays between 2009 to 2014.1 Even more alarming, during 2010 to 2015, the rate of drug overdose deaths in the United States increased in 30 states.2Addressing the management of opioid withdrawal and the treatment of addiction among hospitalized patients is integral to battling this epidemic.

Managing opioid withdrawal in hospitalized patients can be challenging. Heroin is often cut with fentanyl or other opioid derivatives3,4 and cannot be directly converted to morphine equivalents for accurate opioid dosing to stave off withdrawal. When patients experience opioid withdrawal symptoms, including nausea, vomiting, muscle aches, and an impending sense of doom5, they are at increased risk of leaving the hospital Against Medical Advice (AMA).6,7 Physicians, caregivers and other health care experts recommend against AMA discharge due to an increase in mortality risk and rehospitalization.8 Patients experiencing opioid withdrawal may leave the hospital AMA when they feel stigmatized for their addiction or when they feel their symptoms are not adequately being addressed or alleviated. Despite the fact that heroin withdrawal is effectively managed with opioids,9physicians may be reluctant to aggressively treat withdrawal symptoms with opioids due to the fear of being manipulated by “opioid seeking patients”, the concern for causing respiratory depression and the belief they may be contributing to their patient’s addiction.10

Hospitalized patients with opioid-related medical issues often recover. Draining an abscess, treating their infective endocarditis or cellulitis with antibiotics will usually cure their medical issue. Treating their addiction proves to be far more challenging. Many providers feel a sense of inadequacy when treating patients with opioid use disorder. The epidemic is severe and rapidly growing, and the overall training for such treatment in medical school and residency is limited. Most physicians have learned to manage opioid dependent patients “on the job” and addiction-trained physicians, specialists in addiction medicine or addiction psychiatry, are few and far between. Furthermore, treatment resources post hospitalization are limited for patients who are struggling financially.

Here are some facts. In the past two decades, overdose deaths related to opioid medications, both prescribed and obtained illegally, exceeded overdose deaths related to other commonly abused substances, including cocaine and heroin.11 More recently, however, heroin-related overdose deaths are steadily increasing.12,13 This shift may be attributed to the introduction of tamper-resistant opioids14, the increasing street cost of opioid medications15 and the availably of cheap, potent black tar heroin found in many cities across the United States.16 Rates of heroin overdose in younger people now exceed rates of prescription opioid overdose.17 Luckily, there are effective treatment options for what’s known in the medical community as opioid use disorder beyond daily methadone dosing, which can be burdensome for people maintaining a professional, full-time job and family life. But there are new treatments that show promise.

Medication assisted therapy combines behavioral therapy with medications such as buprenorphine to treat opioid use disorders. Buprenorphine is an opioid partial agonist, producing effects such as euphoria or respiratory depression. With buprenorphine, however, these effects are weaker than full agonists such as heroin or methadone. Study after study has shown that increased access to opioid agonist treatment is associated with a reduction in overdose deaths.18-21 A 2014 Cochrane review found that buprenorphine prescribed at fixed doses (above 7 mg per day) was non inferior to methadone prescribed at fixed doses (40 mg or more per day) in retaining people in treatment or in suppression of illicit opioid use.22 In addition, with buprenorphine, the opioid effect levels off with moderate dosing, usually between 12 to 16 mg per day.23

This is called the “ceiling effect”, which has the benefit of lowering the risk of abuse, dependency and side effects. Because buprenorphine is an opioid partial agonist, withdrawal symptoms are kept at bay when taken by a person with opioid dependence.24 Similarly, cravings for heroin or other opioids are diminished. If a person using buprenorphine also uses heroin, or another full opioid agonist, they will not experience additional euphoria nor are they at risk of respiratory depression, because their mu (opioid) receptors are already occupied by buprenorphine. If a person uses heroin and, soon after, takes buprenorphine, they will experience precipitated withdrawal. Precipitated withdrawal occurs when an antagonist (i.e. naloxone) or a partial agonist (buprenorphine) displaces the heroin from the mu receptor. Buprenorphine has a higher affinity for the mu receptor than heroin, but a lower intrinsic activity, which leads to immediate opioid withdrawal symptoms.25

Buprenorphine does produce euphoria in opioid naïve patients and in some with opioid dependence. In order to decrease the likelihood of diversion and misuse of buprenorphine, it is combined with naloxone hydrochloride, which binds to opioid receptors and can reverse and block the effects of other opioids.26 It is highly effective in reversing the effects produced by opioids and saves lives when used to treat respiratory depression from an opioid overdose. Buprenorphine and naloxone products come in many forms, including sublingual tablets, buccal film, and other transmucosal products. When taken orally, the naloxone remains inactive. When injected, the naloxone becomes active and the user will experience opioid withdrawal.

Whereas methadone treatment must be performed in a highly structured clinic, buprenorphine can be prescribed by physicians, nurse practitioners and physician assistants in various settings, including a physician’s office, a hospital, a health department or even in a correctional care facility.27 This means hospital-based providers can prescribe buprenorphine and treat opioid use disorders in the hospital setting with a plan to transition to an office-based buprenorphine prescriber for ongoing medication assisted therapy.

Please consider becoming a buprenorphine prescriber in your hospital.

Categories: For Health Professionals, Hospital Medicine
Welcome to MyChart!
Manage Your Healthcare From Anywhere, At Any Time