The Power of a Blanket 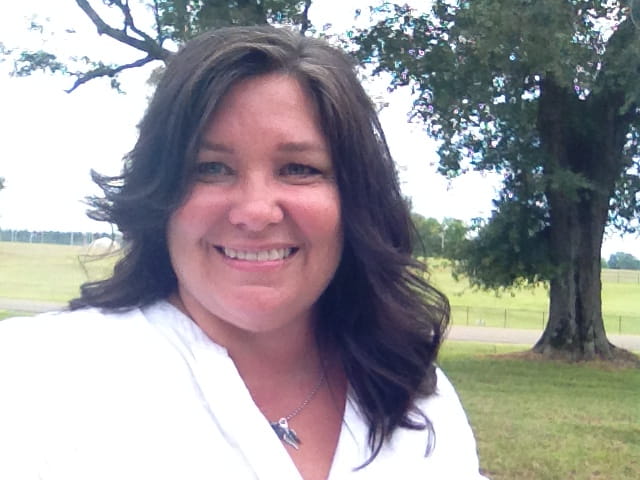 Last December, I woke up with upper back pain and called the Denver Health NurseLine. I was told to go to the emergency room (ER) as it could be a sign that I was having a heart attack. It turned out to be gallstones and I ended up spending the night at the hospital. When I was first told that I would need to stay, and that I would need surgery, I was very concerned about the idea that I would have to be at Denver Health overnight. I even went so far as to try to change my insurance so that I could go elsewhere. I was not successful in making that change in time to transfer to another hospital that day, but after spending two days in the hospital, I found that I was glad I had stayed.

When I was still in the ER, I mentioned to the nurse that I had gotten chilly, so I put my coat on top of my hospital gown. The ER doctor who was overseeing my care happened to be walking by and overheard. He came back with two heated blankets and put them over me while the nurse finished with my vitals. Nobody asked him to and he didn’t delegate the task to an orderly. He just did it.

I didn’t want to get an IV until I absolutely had to because I have a serious fear of sharp objects poking at me. They are also incredibly uncomfortable and it’s difficult for me to sleep when I have one. Not one person I told, either in the ER or on the floor, balked when I told them my wishes regarding the IV. A couple of them even said, “I totally get you.”

These are just a couple of the examples out of many that demonstrate the wonderful care I received on that visit. Throughout the two days in the hospital, I felt that I was a partner in developing a treatment plan, and not just a recipient of a plan someone else had developed. I was included in every decision. My opinion was sought out.

After that hospital stay, I went out of my way to share with my friends and family what a wonderful experience it had been... all things considered.

My follow up with Sergei Ivanov and his supervisor, Ricardo Padilla, was no different than my hospital stay. I have some very definite ideas about my health, and while I believe there is a place for medical and surgical intervention, I see it as a last resort. I prefer to look at natural remedies first. For example, I use peppermint to get rid of a headache before I reach for a Tylenol. Dr. Ivanov and Dr. Padilla were both respectful of my beliefs. They discussed pros and cons of each choice, but I didn’t feel like they ever judged me for my decisions. Again, I felt that the three of us were working together to develop the best plan for me. They honored the fact that I’ve lived with this body for 53 years now and know a thing or two about it. As a result, I was able to respect their medical training and trust that their advice was given only after thinking about who I was beyond a set of body parts.

Unfortunately, I was hospitalized again this week with gallstones. This visit was everything my last visit wasn’t.

It was soon after that visit that I made the decision to leave the hospital. I called the Patient Advocate Office for advice, not knowing what I even wanted.

A surgeon came in to talk with me about my decision before I left. She was respectful and didn’t dismiss my opinion or my decisions. Together, we were able to come up with a plan that we were both comfortable with. Together.

There were also two nurses Tom, the charge nurse overnight on the seventh floor, listened to my concerns and Brittany, my nurse during the day on Tuesday, was also very patient—even though I was very whiny and grouchy by this point. She offered suggestions based on my goals.

I realize that I’m not the easiest patient to deal with. I have very definite ideas about what I want and don’t want; what is best for me and what isn’t. I want to know the reason for everything, and “it’s hospital policy” is never enough. To complicate matters, I am terrified about the prospect of surgery. Except for those headed to the maternity ward, anyone who walks through the doors of a hospital is having one of the worst days of our lives. Whether we’re there for a couple of stitches, or because we’ve been throwing up for a week, it’s the worst day. We’re fearful and anxious and in pain. We may be sleep deprived and dehydrated and malnourished because of our illness. And each of us deals with that in our own way. Some of us are grouchy. Some are withdrawn. Some lash out in anger at the people around us. Some cry. Some complain. Some tell stupid jokes in an attempt to lighten the mood. Some of us insist that you look at pictures of our adorable dog because our dogs remind us of that time when we weren’t sick and we weren’t afraid and we weren’t in pain. Some of us are all of those things, and some of us can cycle through all of those coping mechanisms in the course of five minutes. But we are people who deserve to have all of those emotions and coping mechanisms validated and accepted. We are more than just housing for the body part that’s causing problems. We need to be listened to and consulted and seen as partners in our care. And sometimes, an unsolicited heated blanket can go a really long way.