Ways to Give
TOP
Home What Guppies Taught...

What Guppies Taught Me About Doctoring 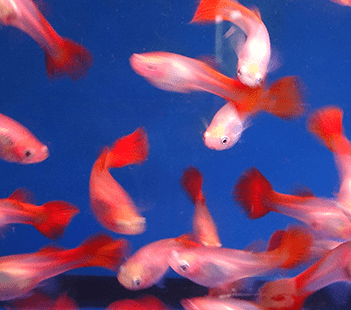 Editor’s Note: A version of this article first appeared in the December issue of the SGIM Forum.

Mr. T* was back in the hospital for the eleventh time that year. From the  we could see the pulsations in the superficial veins of his forehead portending a left ventricular ejection fraction of less than ten percent. Attempts to manage his heart failure with more aggressive interventions had failed. Frothy pink fluid had again filled his lungs and so he was back once more, delivered by ambulance. After a night in the emergency department, he had found his way to a hospital bed.

His chart was peppered with terms like non-compliant and lacks insight, which had become more frequently used to describe him of late because Mr. T was refusing to go to a nursing home. This,  asserted, was the only way to keep him from coming back a twelfth and thirteenth time, or dying. Yet, he steadfastly refused to go anywhere but back home – alone – growing angrier each time we brought it up. “I’ve got important business to attend to,” he would grumble. Such conversations typically ended with Mr. T signing the pink form accepting the risks of leaving the hospital against sound medical advice.

On this particular admission, a newly minted intern and a harried resident performed a detailed history, asking Mr. T a careful combination of open-ended and direct questions for clues into the etiology of his decompensation. Too much salt, too much soda, not enough medication, they concluded. They didn’t ask about his guppies.

The team reviewed his chart, noting every unfortunate detail of each hospitalization, which evidence-based medications had been trialed and which had failed, and the results of every echocardiogram and stress test. They performed a physical examination, noting the soft gallop that sounded like a bag of dirty laundry thrown softly on the ground, the wet rales filling all lungs fields and the degree of pitting when one pressed firmly on the soft tissues of his lower extremities — obvious signs of his failing heart. They didn’t even notice the guppies.

Mr. T made little eye contact as we encircled his bed. With his skin stretched so thin over his skeletal frame, he looked much older than a man still several years away from his fiftieth birthday. In fact, he looked significantly worse than when I had cared for him only a few weeks before. My heart sank as he glared at us. Yet, we made a plan, adjusted his medications and arranged for a family meeting to talk some sense into Mr. T. At his request, we invited his mother. We never thought about the guppies.

The following morning we again arrived at Mr. T’s bedside. His mother sat at the foot of his bed with a calm-before-the-storm look of someone who has seen it all before. She greeted us simply with a nod. Then, she did something which none of us had thought to do, or had the time or energy or perhaps courage to do. It was something so human that it shocked us as we sat there in our coffee-stained white coats. “Son, how are Earl and Tiny?” she asked. Suddenly, Mr. T sat up a little in bed and a faint, far-away light flickered behind his dark eyes. “Oh man, do I miss my boys!” he said. Sensing this shift and drawing on his mother’s courage, we finally asked Mr. T about his guppies.

Several years ago, I attended a keynote address by Vivek Murthy, former Surgeon General of the United States and my fellow hospitalist. He asserted that as physicians “we must understand and somehow connect patients’ source of joy with healthy behaviors in order to motivate them.” I never fully understood the significance of his words until that day with Mr. T. Now, I know he was talking about the guppies.

You see, while Mr. T’s heart was failing, Earl and Tiny were thriving. In fact, thanks to Mr. T, who fed them each day even when he went hungry and kept their tank immaculately clean, they had far exceeded their life expectancy. While we were busy admonishing him for his failures — non-adherence, dietary indiscretions, and lack of insight — we failed to recognize the single thread of joy which kept him clinging precariously to life.

Mr. T never came back to the hospital. He was  hospice care, and more importantly, his guppies. I was not surprised to learn that Mr. T had far exceeded his own life expectancy. As for me, I continue to search for guppies on the wards of our safety-net hospital and find them in the most unexpected places. Sometimes I discover entire vibrant oceans teeming with life; other times just one tiny guppy. But sometimes, one guppy is all it takes.

*Name and some details have been changed to protect patient confidentiality.

Categories: Denver Health, Hospital Medicine
Welcome to MyChart!
Manage Your Healthcare From Anywhere, At Any Time