Ways to Give
TOP
Home Speaking of the 2018 Oscars

Speaking of the 2018 Oscars 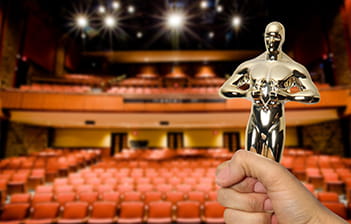 How Actors Manipulate Their Voice, Speech and Language

All three systems are required for communication. The Speech Pathology team at Denver Health helps patients who have experienced a change in their ability to voice, speak and/or use language to communicate. As a result, we are constantly listening (and analyzing) when we listen to others.

Drum roll please… Meryl Streep. As of the 2018 Academy Awards, she will have been nominated for 21 Oscars. One of her past roles includes a southern American English accented whistleblower named Karen Silkwood. For the role of Silkwood, she had to learn to alter her accent to make sure you believed she was from Oklahoma as opposed to a Danish woman in South Africa being romanced by Robert Redford in “Out of Africa.” Nobody can forget the shrill of panic in her voice when she cried, “dingo has my baby,” and the sense of urgency and fear her vocal quality elicited during that intense scene.

My favorite example of language in her vast list of Oscar-nominated films can be heard in “The Devil Wears Prada.” Although she can’t take credit for the script, her screenwriter defines her tone as “silver tongued.” How can two little words level a room? Her character softly commands with, “that’s all,” and with that, you know you have been put in your place and dismissed.

Language is so powerful! Think about the stark difference between her portrayal of sweet, good-hearted chef Julia Child and the sinister matriarch Violet in “August: Osage County.” As Child, her voice is high in tone with a trans-Atlantic accent and her word choice staunchly proper. For the role of Violet, she uses a guttural voice much lower in tone with harsh language and incorporates a completely different accent in her articulation. Finally, who can forget the moment she starts singing in “Into the Woods?” I remember thinking, “what can’t she do?” I am excited to see if “The Post” makes it her fourth Oscar win! If she does not win the Oscar, I will still enjoy listening to her ability to alter her voice, speech and language like a winner.

Categories: Denver Health, Rehabilitation
Welcome to MyChart!
Manage Your Healthcare From Anywhere, At Any Time