From “The Favourite” - What is Gout and How to Treat It? 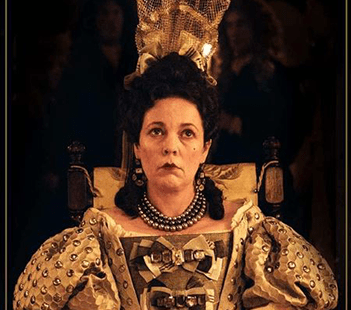 The Motion Picture Association of America nominated the movie “The Favourite” for an Academy Award for best picture. If you’ve already seen this movie, you will have noticed the main character, Queen Anne (played by Oscar-nominated actress Olivia Coleman), suffered from an on again/off again painful joint condition called gout. Because of its prominent role in the Oscar-nominated film, people have taken increased interest in this condition. It might surprise you to find out that this condition affects anywhere between three to eight million people in the United States.

People with gout have excessive amounts of uric acid in their blood that can deposit as crystals in their joints. However, these uric acid crystals can also deposit other places in the body like bones, soft tissue, skin and, sometimes, organs like the kidney. When these crystals get deposited in the joint, a person can have sudden attacks of pain called gout flares that can last days to weeks. Also, these crystals can stay in the joints for many years and destroy the joint, leading to a condition called chronic gouty arthritis. Sometimes, people with long standing gout deposit uric crystals coated with the body’s own immune cells and proteins in the form of painless but destructive rubber-ball like structures, called tophi, on top of bones and under the skin.

Eventually, these high uric acid levels can lead to uric acid crystal formation. However, uric acid crystals prefer to form in areas of low body temperature like joint spaces, where the temperature can be six degrees less than the blood. Once crystals form in the joints, they activate the body’s immune system. Inflammatory and immune cells then rush to the affected joint causing swelling, redness, warmth and gout flares, which are extremely painful.

Gout flares typically occur in one joint of the leg, usually at the base of the big toe or the knee. In those with more long-standing disease, flares can occur in multiple joints at once. Interestingly, the attack or flare typically begins overnight and reaches maximum severity within 24 hours. If untreated, the attack can last days to weeks.

How do you treat gout?

Prior to treating gout, a health care provider must correctly diagnose it. The most accurate way to diagnose gout is to remove some of the inflammatory fluid from the affected joint and look for uric acid crystals under the microscope. However, not all health care providers work in a setting that allows them to remove fluid from a joint like the toe and examine it for crystals under the microscope. In such a case, many use a scoring system (based on risk factors, symptoms and blood uric acid levels) to determine the likelihood that someone who comes in with joint pain has gout.

After a physician diagnoses gout, he or she will typically prescribe a non-steroidal anti-inflammatory medication like indomethacin (a cousin of ibuprofen). However, the physician may decide that other medications such as colchicine or glucocorticoids may serve as better options for the patient. With treatment, pain and swelling usually rapidly improve.

Also, once a doctor has diagnosed someone with gout, that person will need to start lowering their uric acid or chronic gouty arthritis or tophi may eventually develop. Without lowering uric acid, chronic arthritis in the affected joints starts occurring, on average, within 12 years of diagnosis. However, lowering uric acid levels can reduce that risk to 5 percent according to some studies.

One interesting note about "The Favourite:" Abigail, played by Emma Stone, would scavenge the forest looking for herbs to help treat Queen Anne’s painful legs and joints. These flowers may have been Autumn Crocus, the source of colchicine, a medicine used to treat joint swelling since the time of the ancient Egyptians and still used even today to treat gout.

Denver Health’s network of primary care doctors is here to treat almost any symptom or condition, whether it’s been made popular in a movie or not. To schedule an appointment call 303-436-4949.

Categories: Denver Health
Welcome to MyChart!
Manage Your Healthcare From Anywhere, At Any Time