Ways to Give
TOP
Home What is Superhero Therapy?

What is Superhero Therapy? 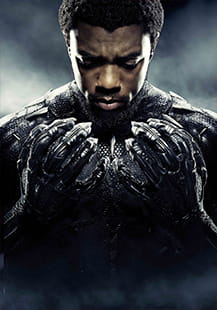 Calling all Superheroes! This Sunday, April 28 is National Superhero Day which was created in 1995 by Marvel Comics employees in order to recognize both real and fictional superheroes. Here at Denver Health, real superheroes are seen in every form – from doctors, nurses, EMTs, support staff and in the behavioral health programs.

In the Adolescent and Child Outpatient Behavioral Health Department, providers are implementing evidence-based treatment using Superhero Therapy. Acceptance and Commitment Therapy (ACT) has been modified by author and psychologist Janina Scarlet, Ph.D., to help children and adults manage symptoms of depression, anxiety, trauma, substance use disorders and other mental health conditions. Superhero Therapy and ACT strive to help individuals move toward their values by learning how to accept negative and unhelpful thoughts, feelings and other distressing private experiences. Using an ACT framework, a therapist can help a patient relate to a fictional superhero, understand that superhero’s origin story and discuss how that superhero has overcome many of their own challenges (which usually include some form of mental or social problems) by taking actions toward their values.

Superheroes have been, and continue to be, part of our pop culture to which adults and children can connect. Superheroes give people a safe outlet to discuss struggles and challenges while indirectly processing their own difficulties. People are then less likely to feel alone, shame or guilt when they themselves feel connected to someone, even a fictional superhero, who may have dealt with something similar.

Example of a Superhero’s Struggle

One superhero whom people can relate to is the Black Panther. First, and most importantly, the diversity that has been added to the superhero line-up with this character makes it particularly meaningful for children, adolescents and adults within the racial and gender minority communities. T’Challa, the Black Panther, is a member of the royal family in a fictional African country named Wakanda. His father is killed, and he is then made the king. While T’Challa not only has to deal with the loss of his father, he also must fight for the well-being of his people and his country. T’Challa’s army is made of strong women who also protect him and Wakanda. One of the lessons learned from T’Challa is not to give up, even when the odds are against you. Also, he teaches others that a strong, powerful man can be kind and compassionate as well.

Using ACT and the superhero method, a teenager at Denver Health was able to discover that he played a larger role in his life than he originally thought. The teen was suffering from depression and anxiety, and during several outpatient therapy sessions, he reported that he identified with Ginny Weasley, a character in Harry Potter. While Weasley is not necessarily a “superhero” in a mask and cape, she ended up playing a significant heroic role in the story, and in Harry Potter’s life. Weasley is the younger sibling of Ron Weasley, Harry Potter’s best friend. This patient reported that he had always felt like he was in the background, was shy, and would end up causing more trouble; just as it seems Weasley had done in the Chamber of Secrets. By connecting with his values, this patient was able to see how strong Weasley actually became throughout the story. She is brave, tough, willing to stand up for the right thing, and importantly – warm and understanding at the same time. This patient was able to recognize that the values of being a good friend, being courageous and being kind were important roles for him – this helped him to accept some of the negative thoughts associated with depression and move toward improving his functioning.

How to Ponder your Own Superhero Growth

Marvel Comics creator Stan Lee said, “The person who helps others simply because it should or must be done, and because it is the right thing to do, is indeed, without a doubt a real superhero.” So grab your cape, mask, medical coat, scrubs, paperwork and/or therapy sessions to save the day!

Categories: Behavioral Health
Welcome to MyChart!
Manage Your Healthcare From Anywhere, At Any Time