This short video gives an overview of Denver Health's one-year Orthopedic Trauma Fellowship and a peek at a day in the life of an orthopedic trauma fellow at Denver.

Denver Health is a 555 bed, level 1 trauma center located in downtown Denver. Denver Health was founded in 1860 and is home to the Rocky Mountain Regional Level One Trauma Center - Colorado’s largest safety net health system. It has 12 ORs (primarily trauma), and is the main teaching affiliate of University of Colorado Health System. We are proud of our rich history providing orthopedic trauma care, performing over 3,000 surgical cases each year, with over 25,000 patients seen in ortho clinics. There are 7-8 University of Colorado ortho residents rotating at Denver Health at any one time, as well as a PGY4 from the San Diego Naval residency program

The primary goal of the fellowship is to develop future leaders in the field of orthopaedic trauma. Graduates will possess expertise in the management of all aspects of care for the multiply injured patient, and will be positioned to enter either academic orthopaedic traumatology or high volume practices at level one trauma centers. The fellow will interact with fellowship trained attending physicians in trauma, sports medicine and hand/upper extremity. There are multiple didactic and hands-on learning experiences for the fellow throughout each week.

Research:  The department has a full-time research fellow to assist in research. The fellow is required to publish a minimum of one paper.

Benefits:  PGY6 salary at University of Colorado. Medical, dental, vision, disability and life insurance are provided as well as 18 days of vacation and 6 paid holidays. 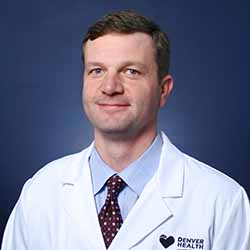 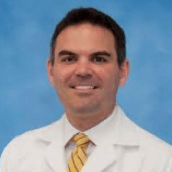