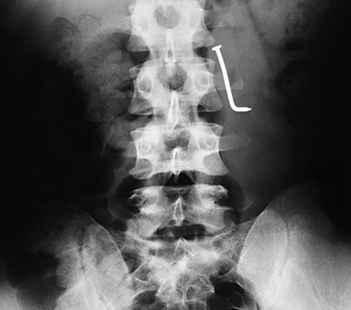 What's the strangest object a doctor has removed from someone's body? Denver Health Dr. Eric Lavonas and eight other emergency medicine doctors talked to The Cut about the oddest objects they've removed from patients. Read his story about his strangest encounter below.

“Many years ago in the ED where I was working, we saw a young child who was sent in because she had an off-white, segmented something sticking out of her bottom — apparently a worm of some sort. The chief of pediatric surgery had already been summoned, and he sent instructions that nobody should attempt to remove the worm until his arrival. Eventually, a hushed and crowded room full of physicians watched as the chief of pediatric surgery gently removed… a plastic lizard the child had swallowed the day before. Much chagrin, and a happy ending.”

Want to see what the other eight emergency medicine doctors have to say? Head over to TheCut.com to read their strangest stories.

Eric Lavonas, M.D., is a specialist in Emergency Medicine at Denver Health.