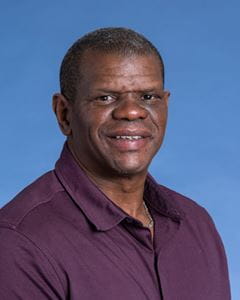 Tyrone Braxton is a former professional football player. He spent 12 seasons with the Denver Broncos and one with the Miami Dolphins. Tyrone made four trips to the Super Bowl, winning two. In Super Bowl XXXII he made a critical interception to help the Broncos beat the Green Bay Packers. After his NFL career, Braxton found his true calling in social work. He is now a licensed clinical social worker, earning his Master of Social Work from Metropolitan State University of Denver in 2014. He currently works for Denver Health in the School-based health clinics. Braxton spends his time at Dr. Martin Luther King Jr. Early Learning College and Thomas Jefferson High School. He and his wife Elizabeth have two children and have called Denver home for the past 27 years.
Languages

Licenses
Education
Welcome to MyChart!
Manage Your Healthcare From Anywhere, At Any Time