Getting to the Bottom of Mystery Illness 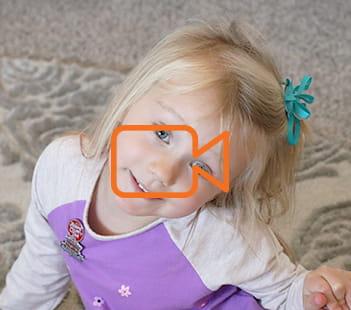 Evelyn Thomsen was born on June 1, 2015 at 3:50 a.m., weighing 9 pounds, 3 ounces. When she was about two weeks old, she became ill for the first time with an upper respiratory condition.

"Never in a million years did we think that this precious little girl was going to turn our world upside down," Evelyn's mother Kimberly Thomsen reflected.


See how the Thomsen family found a solution to their daughter Evelyn's mysterious illness at Denver Health.
On December 29, 2016, Kimberly took her toddler to the emergency room because she was having trouble breathing. "We had a $13,100 deductible," she recalled. "We were there over the New Year, so we met our deductible twice within four days – and that can break the bank."

Over the next several months, Kimberly and her husband Simon Thomsen were trying to keep their daughter in a stabilized place, as doctors could not determine exactly what was causing the mysterious respiratory condition. The medical bills were piling up, and they couldn't afford to pay the hundreds of dollars every single month for her prescriptions. The medical plan they were under at the time charged $700 for the asthma medication Flovent.

In April of 2018, Kimberly started a new job at Denver Health as a nurse case manager, and the Thomsen family switched all their medical care over to Denver Health. They joined the Denver Health Medical Plan for their insurance. Evelyn began seeing Denver Health Pediatrician Josh Williams, M.D., who was able to finally get to the bottom of her mystery. Dr. Williams put the three-year-old on the right combination of breathing medicines and ruled out any deeper immune system problems.

"The first time meeting Dr. Williams, I expressed how badly I wanted my daughter to be healthy enough to go to pre-K next year," Kimberly Thomsen said. "He responded with 'we'll make that our goal together.' This was the first time I have felt supported in her adventure."

After that initial visit, Dr. Williams called in Evelyn's Flovent medication to the Webb Pharmacy at Denver Health. Kimberly said she and her husband braced themselves for another $700 bill. To their delighted shock, the total bill came to just $39. Kimberly said getting that news was "incredible and life-changing."

"With Denver Health, her pediatrician, her pulmonologist and the pharmacy, everything is right there in one location, and it's so convenient to just message her provider with a medical question or request a medication refill through MyChart," Kimberly said. MyChart is free and available to all Denver Health patients on the web and mobile app.