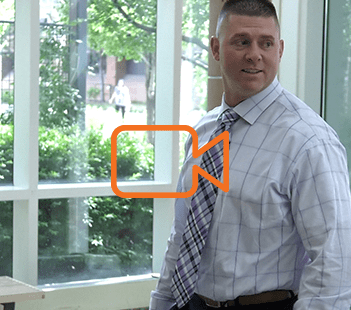 Antonio "Tony" Lopez, Jr. was born and raised in Denver. Ever since he learned how to talk, he says he wanted to be a Denver police officer – just like his father. In 2008, his dream came true. After graduating from Metropolitan State University of Denver with a degree in criminal justice, he joined the Denver Police Department. Seven years later, someone tried to take all that away from him in just 18 seconds.

On Dec. 8, 2015, Officer Lopez was conducting a traffic stop when a suspect shot him six times – hitting him in the chest, bicep, forearm, knee, left shin and left thigh. His femur was shattered, and a vital artery was severed. Initially, there was uncertainty as to whether he was going to make it out of surgery, but with Dr. Ernest E. “Gene” Moore on duty and the incredible Level 1 Trauma care available at Denver Health, his family said they knew he was going to make it.

After his care at Denver Health, he returned to full duty, was promoted to sergeant and eventually got back to doing his normal activities, including running and CrossFit. Sgt. Lopez credits Dr. Moore with saving his life and said he and his family became very close with the surgeon during his recovery process. When Sgt. Lopez's son was born, he asked Dr. Moore to be the godfather, because they made such a strong connection. “What better role model to have your son look up to and emulate,” Sgt. Lopez said.

Denver Health thanks Dr. Moore for his years of dedication to saving lives.