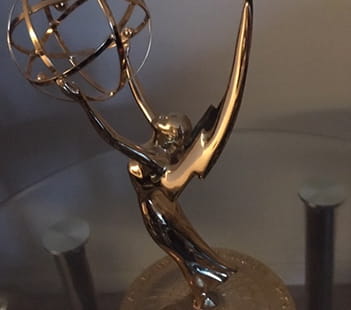 Denver Health and the University of Colorado School of Medicine have been awarded an $11 million grant to study complications related to blood coagulation and inflammation in patients who have sustained severe traumatic injuries.

The prestigious, five-year grant, awarded by the National Institutes of Health (NIH), recognizes Denver Health’s and the University’s leadership in the field of trauma medicine and will provide doctors with the cutting-edge research they need to save the lives of trauma patients.

“This is a huge deal,” said Mitchell Cohen, M.D., Denver Health director of surgery and professor of surgery at the University of Colorado School of Medicine. “This is a very important big science grant for trauma from the NIH, and we are proud it is coming to the Trauma Research Program.”

The Trauma Research Program is a partnership between the University of Colorado School of Medicine and Denver Health that brings together physicians and basic scientists to conduct research into trauma. Denver Health Level One Trauma patients have a 98 percent survival rate, one of the best in the nation.

Dr. Cohen said the grant would help researchers study the life-threatening interplay between blood clotting, inflammation and the immune system, known as “thrombo-inflammation.”
Denver Health's Marketing and Communications Department is nominated for a Heartland Regional Emmy for its Level One Trauma Commercial Campaign, which includes this promotional video.

At the same time, there’s an interaction between blood clotting and the human body’s inflammation and immune systems. If these are not carefully balanced and controlled in patients, the initial injury can amplify, leading to organ failure, infection and death.

“Evolution says we were never meant to survive being shot, stabbed or run-over,” said Dr. Cohen.

“Modern medical care makes this possible. But as the body tries to survive, your biology becomes dysregulated. Our job as scientists is to understand these regulatory mechanisms, and then our job as physicians is to help re-regulate your body. This grant will help us understand how to do this more effectively.”

According to the Centers for Disease Control and Prevention, in the first half of life, more Americans die from violence and injuries — such as motor vehicle crashes, falls or homicides — than from any other cause, including cancer, HIV or the flu. This makes injury the leading cause of death among persons ages 1-44. Thrombo-inflammation is a leading underlying cause of traumatic deaths.

Dr. Moore is internationally recognized as a "godfather" in the field of trauma and was honored with a special dedication ceremony. These three videos were produced to share at that ceremony and online with the public to promote the life-saving skills of Denver Health's Level One Trauma Team and of our longtime expert in the trauma field: Dr. Moore.

The Heartland Regional Emmy Award winners will be announced at a ceremony in downtown Denver on July 20.

The news of both honors comes just before the start of the 46th annual Rocky Mountain Trauma and Emergency Medicine Conference, which provides quality continuing education for emergency and trauma care providers.

The conference – put on by Denver Health – runs from June 5 – 8 in Vail, Colorado and consists of a wide array of local, national and international experts from Trauma, Emergency Medicine, Nursing and Paramedics.
This is the third video included in the nomination, about trauma patient and Denver Police Sgt. Tony Lopez.